LINUX AND ITS TOP 5 DISTROS 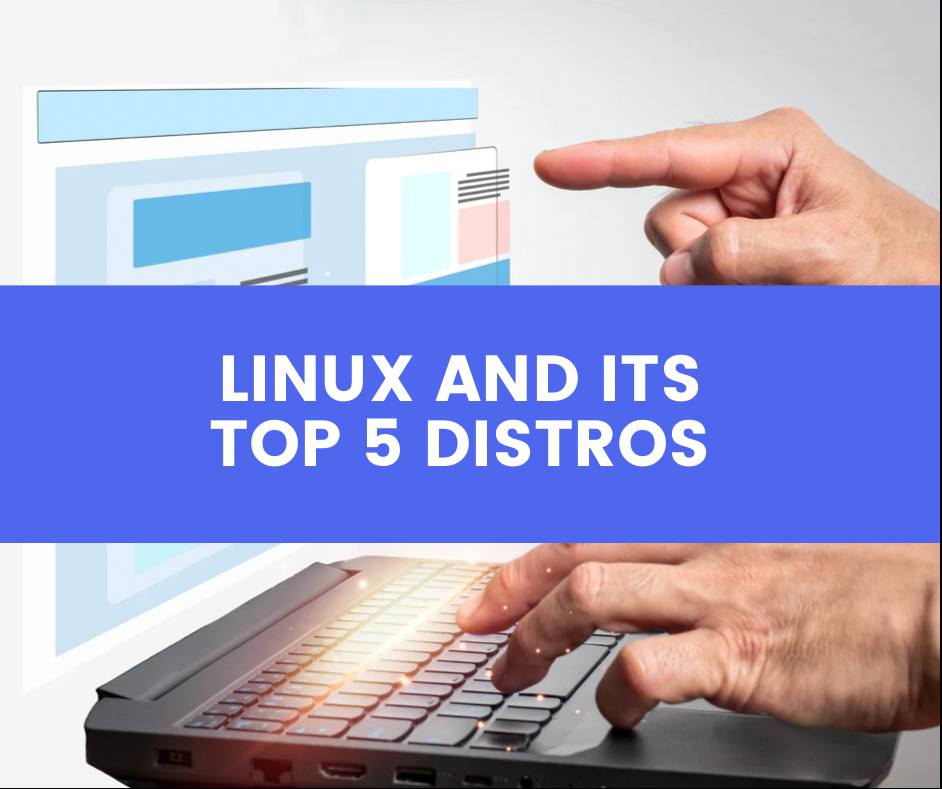 Linux is a most-used open-source operating system. It lies underneath all of the other programs on a computer, receiving requests from them and relaying these requests to the computer’s hardware. Linux is everywhere. It’s in your phone, your thermostat, your car, refrigerator, and TV. It also runs most of the Internet, all of the world’s top 500 supercomputers, and the world’s stock exchanges. Why is it so popular?

Today Linux is one of the most reliable and secure operating systems in the world.

HOW WAS LINUX CREATED?

In 1991 Linus Torvalds, a student of the University of Helsinki, built Linux as a free and open-source alternative to Minix, another Unix clone that was predominantly used in academic settings. Firstly, he wanted to name it “Freax,” but the server administrator named his directory “Linux” (after a combination of Torvalds’ first name and the word Unix) and the name stuck.

WHY LINUX IS A DIFFERENT?

First, and most importantly, Linux is an open-source operating system. Its code is free and available to the public view, edit, and — for some advanced users —contribution.

Another great feature of Linux is that it is incredibly customizable. Although the core of its operating system is stable, there are many distributions of Linux with different software options. Moreover, you can swap out not just regular applications, like word processors and web browsers. Linux users can customize core components, decide which system displays graphics, and finetune user-interface components, just how they want them.

Actually, Linux isn’t a complete operating system — it’s just a kernel. There can be thousands of different Linux versions to suit the needs of any user type. From rookies to geeks, you’ll find your “flavor” of Linux. These versions are called distributions (or “distros” in short). Linux distributions take its kernel and combine it with other free software to create complete packages.

Pretty much all of distros can be downloaded for free, burned onto disk (or USB drive), and installed on as many machines as you like. So, if you want to “install Linux,” all you need to do is to choose a distribution.

One of the most well-known Linux distributions, Ubuntu, is based on Debian. It has its own software repositories, but much of the software in these repositories is synced from Debian’s ones.

Ubuntu has a focus on a solid desktop (and server) experience, with plenty of opportunities to build its own custom technology. Ubuntu is modern while not being too bleeding edge.

Mint is a Linux distro built on top of Ubuntu. It uses Ubuntu’s software repositories, so the same packages are good for both. When it first appeared, Mint got much love for its included media codecs and proprietary software that Ubuntu didn’t have by default.

Amazingly, the Debian project is here since 1993 — it appeared 30 years ago and still working! This widely respected OS is releasing new versions, but it’s known for moving slower than distros like Ubuntu or Linux Mint. On the other hand, it is more stable and conservative, which is ideal for some systems.

Fedora is a project with a strong focus on free software. There is no easy way to install proprietary graphics drivers here, but some third-party repositories are available.

Unlike Ubuntu, Fedora doesn’t make its own desktop environment or other software. Instead, the Fedora provides a platform for “upstream” software, integrating it without adding their own custom tools or too much patching.

Red Hat Enterprise Linux is not free. It’s a commercial Linux distribution intended for servers and workstations. Based on the open-source Fedora project, it is designed to be a reliable platform with long-term support. Red Hat uses trademark law to prevent their official Red Hat Enterprise Linux software from being redistributed.

CentOS is a free version of RHEL, so it can be very handy if you want a stable platform that will be supported for a long time.

These are just a handful of Linux distributions out there, but you can check Distrowatch for more options and popularity ranks.

WHICH DISTRIBUTION IS RIGHT FOR YOU?

To understand which distro to use you need to answer three simple questions:

If your computer skills are honestly basic, you’ll want to stick with a rookie-friendly  Linux Mint, Ubuntu (Figure 3), Elementary OS or Deepin.

If your skill set extends into the above-average range, you could go with a distribution like Debian or Fedora.

If, however, you are a computer and system administration master, use a distribution like Gentoo.

And, finally, for those who can’t live without a challenge, you can build your very own Linux distribution, with the help of Linux From Scratch.