VIRTUAL MACHINES AND WHERE TO FIND THEM 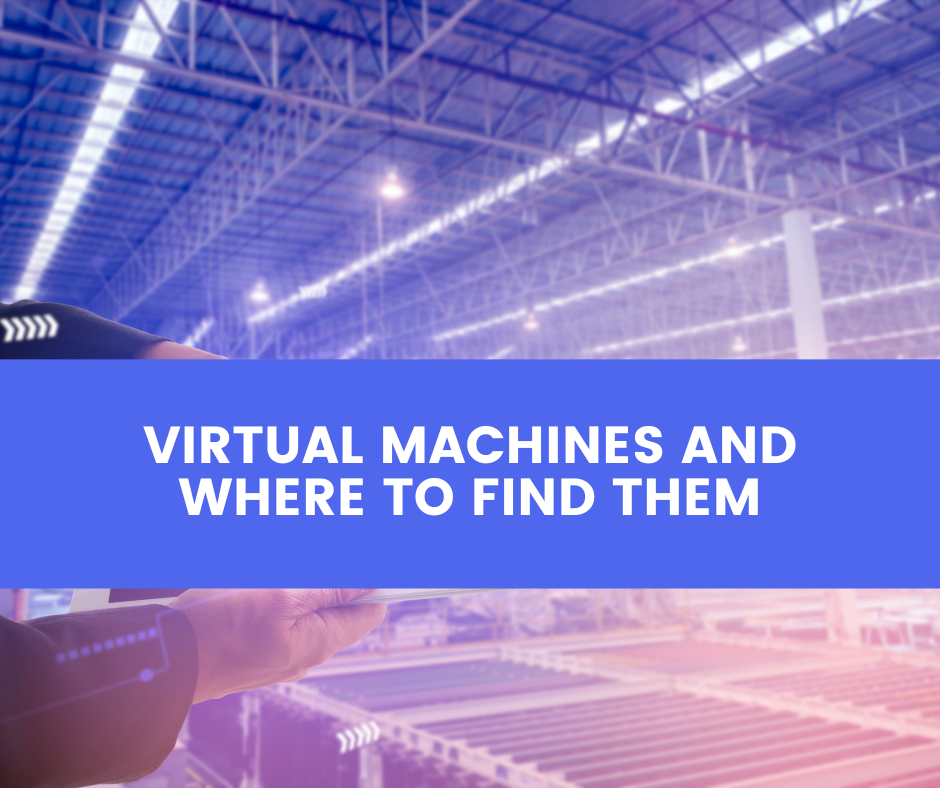 Today virtualization of physical equipment allows us to use the resources more efficiently and gives more freedom in installing the right software.

Let’s talk about the "virtualization unit" – a virtual machine and figure out what it is and how it works.

WHAT IS A VIRTUAL MACHINE AND HOW DOES IT WORK?

A virtual machine (VM) is a virtual copy of actual hardware, an application that functions like a physical computer or server. It is also called a virtual server.

From the user's point of view, the virtual machine looks like real hardware – as if you are using programs or applications installed on your computer, the only difference is that the computer is virtual. Moreover, the virtual OS may differ from the one that is installed on the computer. For example, Linux VM can run on a Windows computer.

Virtual machines cannot be just thrown on top, there should be a layer between VM and the physical equipment – a special software called hypervisor. It kind of copies (emulates) processor time, memory, hard disk, network and other hardware resources of a physical device, allowing virtual machines to share them.

There’s a bunch of them, both free and commercial. Nevertheless, apart from the highly specialized systems that developers use for testing, there are three most popular programs.

WHY DO WE NEED VIRTUAL MACHINES?

Basically, you can use your hardware more efficiently – you will need less of it to solve your tasks. Also, when using a virtual machine, the need for electricity and cooling is reduced.

Virtual machines are also easy to move between physical servers, for example, when you need to replace the equipment with a new one or redistribute the load between servers. It can greatly simplify the management of a cluster or a group of servers.

HOW ARE VIRTUAL MACHINES USED?

These are some examples of virtual machines usage:

Containerization is another form of virtualization. The main difference is that containers virtualize the operating system only, not the entire underlying hardware.

Containers include code, system tools, runtime, system libraries, and settings needed to run various applications. They are often used when multiple applications need to run on the same operating system. Containers are completely isolated, programs from different containers cannot interact with each other.

Unlike virtual machines, all containers use the same operating system kernel that is installed on the server. This is both a disadvantage and an advantage of containerization:

A wide range of operating systems are not available plus you cannot update the OS in a separate container;

There is no overhead for many individual cores and virtual hardware emulation. Accordingly, containers consume fewer computing resources.

Virtual machines can work not only on your own hardware. You can rent them from cloud providers – they buy the equipment, set up virtualization systems, and then allocate the required number of virtual servers to you, as a customer. In the cloud, you can deploy not only one or two virtual machines, but also an entire IT infrastructure with a number of VMs.

Cloud computing adds additional technologies to virtualization, for example, a self-administration service and automatic billing – calculating the cost of spent resources. Therefore, in a cloud data center, engineers can create new virtual machines depending on the users' needs. A regular user of a cloud environment will select resources from a catalog in his personal account and create virtual machines without interacting with real hardware at all.

For many businesses, the use of virtual machines may appear easier and more profitable than buying and setting up your own hardware.

Moreover, cloud virtual machines provide ample opportunities for software development. They are great for both start-ups and deploying larger scale projects and IT systems.