WHAT IS GAMEDEV AND HOW TO GET THERE? 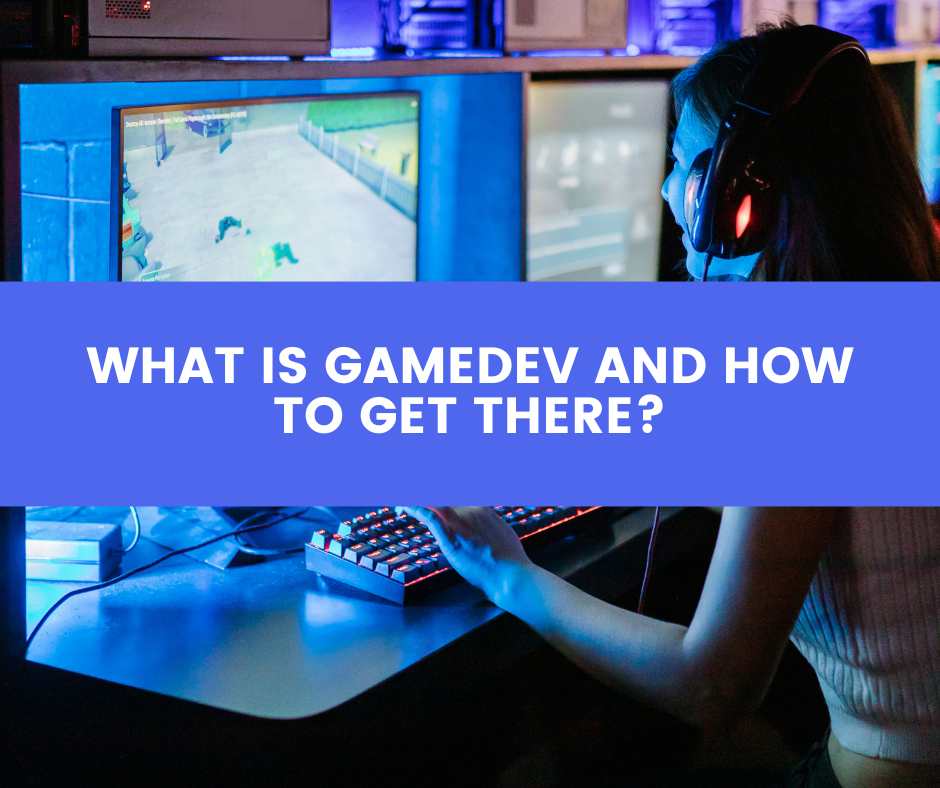 All over the world the number of people who play video games is growing year after year. If by 2015 there were 2 billion gamers in the world, by 2023 this figure will grow by another billion (according to analysts). At the same time, 57% of gamers prefer to play on a mobile phone, the rest – on computers and consoles.

Gamedev is the process of creating a game, starting from development and design and finishing with release to the market. There can be games for mobile phones, consoles, computers and other gadgets.

Normally, the stages of creating a game can be divided into two large blocks: development (a creative process) and operation (a promotion of the game on the market).

3 GROUPS OF SPECIALISTS IN GAME DEVELOPMENT

Basically, the project team is divided into three large groups: developers, game dev designers and artists. With the rise of the game development industry, these professions have evolved into bunch of more narrow specializations. Today's game development embraces hundreds of different roles.

Programming is the main specialty in the entire IT field. The task of a programmer in the game development field is the same as in any other project – to write code. Code enables users to navigate the virtual world, complete tasks and achieve the goals of the game. Programmer are also the highest paid specialists: they are responsible for the entire technical component of the game.

WHAT SPECIALIZATIONS ARE REQUIRED IN GAME DEVELOPMENT?

Gameplay developer – programs the entire gameplay and is responsible for game mechanics;

UI developer – programs the game interface, makes various menus, transitions. Adjusts the algorithms so that the user is comfortable inside;

Back-end developer – works with the server, provides communication with other players, is responsible for receiving data. This role has nothing to do with the game itself.

DevOps developer – deals with microservices. With their help, users can play together over the Internet, as well as buy and update games online. DevOps developer is one of the newest specializations in game development.

WHAT YOU NEED TO KNOW TO BECOME A GAMEDEV PROGRAMMER?

Game design is the development of the entire game world: from the characters and the goal of the game to the text and sound. The vision of a game designer forms the game itself, its story and plot. As a rule, game designers balance between art, code and production. The designer must understand the mechanics of the game, know and understand the genres, be able to work with analytics, write technical tasks and check their implementation. One of their tasks is to make the game fun. So, users would want to buy it.

WHAT SPECIALIZATIONS ARE REQUIRED IN GAME DESIGN?

Game mechanics designer/systems designer – thinks through and balances the rules of the game, determines the gameplay.

Level designer – creates a game plan, developing the characteristics of each level.

UI designer – develops the game “looks”: menus, pop-ups, blocks, and so on.

Audio/sound designer – manages all the sound content: music and audio effects. He is also responsible for recording the voices of the characters.

WHAT YOU NEED TO KNOW TO BECOME A GAME DEV DESIGNER

HOW CAN I GET INTO GAMEDEV?

There is no universal way to become a game dev. But you can try to follow some recommendations of industry experts:

Studies claim that 38% of employees around the world are ready to give up their professions for the sake of the gaming industry. This way they can receive their basic income and play games at the same time.

On the other hand, if you want to make a living developing video games, get ready for creative chaos, long hours and lots of unpaid overtime.

This industry is not for everyone, but if you think like a gamedev and are gamer in your heart, maybe you should give it a try.