SWIFT: WHAT IS IT AND HOW IT WORKS 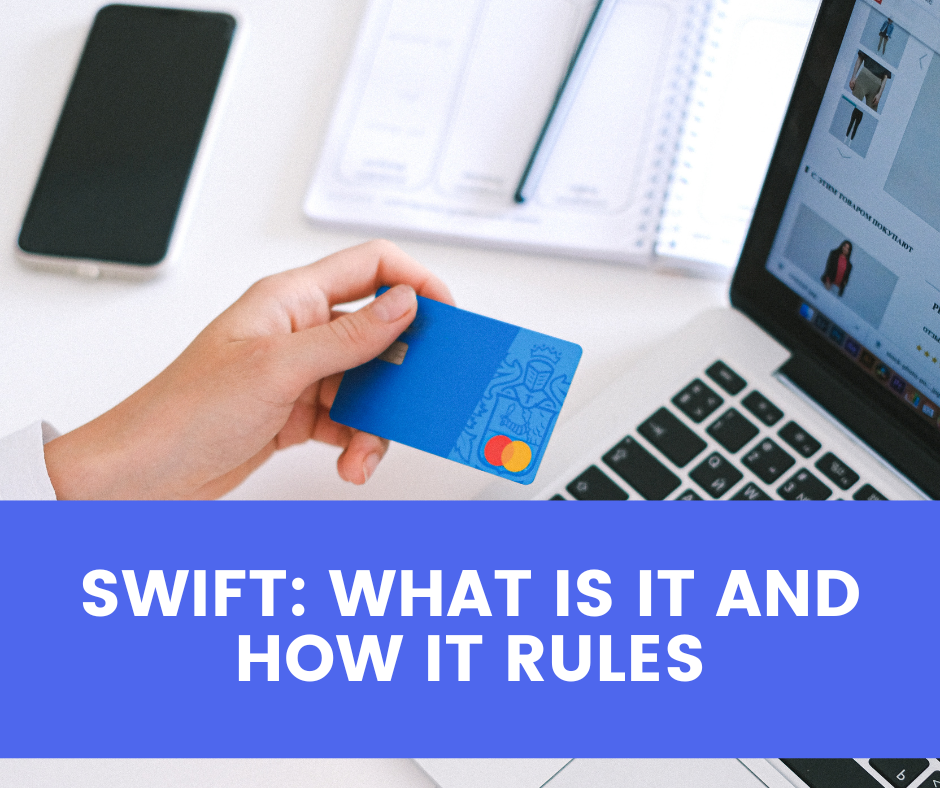 Nowadays we take many things for granted. For example, you need to receive transfer from abroad. What do you do? You simply walk into a bank nearby and collect the money sent to you from anywhere around the globe. Sounds easy, right? But how does it work? Most likely it was SWIFT that helped you out. SWIFT is a global (present in over 200 countries) payments system, connecting banks and other financial institutions (actually, more than 11,000 of them).

So, what is SWIFT? It is the Society for Worldwide Interbank Financial Telecommunication. But don’t get it twisted. It’s not really sending or receiving any money. Key word here is ‘telecommunication’. Basically, it is a secure communication channel between banks and companies. Imagine Gmail for banks. Or WhatsApp for money transfers. To put it very simply, SWIFT is a financial messenger.

It all began in the late 1960s, when six major banks in Luxembourg and Paris (later called Société Financière Européenne or SFE) have united and launched a message-switching project.

In 1973, when SWIFT was officially founded, it consisted of 239 banks in 15 countries. 4 years later it amassed 518 institutions in 22 countries.

In 2022, there are more than 11,000 financial institutions from over 200 countries connected to SWIFT.

WHY IS SWIFT SO POPULAR?

Don’t get it wrong. SWIFT is not the only financial system in the world. But despite the presence of players like Fedwire, Ripple and CHIPS, SWIFT keeps the upper hand in the market. Experts say its success is based on three whales:

Due to its vast popularity and global presence SWIFT has turned into a powerful geopolitical tool. In 2012, the European Union disconnected banks of Iran from the system following the international sanctions. In February 2022, U.S. and EU leaders choose to remove a number of Russian banks from SWIFT because of the Russian invasion to Ukraine.

So, how does SWIFT actually work? Basically, it is a standardized system of codes.

Each financial organization connected to SWIFT gets a unique code that has either eight or eleven characters. This code has many names – BIC (bank identifier code), SWIFT code, SWIFT ID, or ISO 9362 code – but its structure is always the same.

To understand how the code is designed, let’s take Spanish bank Openbank, headquartered in Madrid. Its SWIFT code is OPENESMM.

First four characters: the code of organization (OPEN for Openbank).

Next two characters: the code of country (ES for the España).

Next two characters: the code of location/city (MM for Madrid).

There can be three more characters. They are optional, organizations use them to specify codes for their branches.

Bear in mind that SWIFT is just a messenger. By itself it can neither allocate money nor access clients' accounts.

WHAT WAS BEFORE SWIFT?

Before SWIFT, it was telex – peer-to-peer network of printers, using telegraph-grade circuits similar to a telephone network for exchanging text messages. It was slow, unsecure and didn’t have a unified format. There were no SWIFT codes to clearly define bank names and transaction types. Senders were describing each transfer in a free text format, which often resulted in human errors and significant transfer delays.

Though initially SWIFT was designed to arrange treasury and money transfers only, its solid and secure format design attracts a wide range of modern business, such as:

HOW DOES SWIFT EARN MONEY?

SWIFT business model is similar to a subscription-based company but has additional sources of income. It is owned by its members who are divided into different classes regarding their shares. All members pay a one-time joining fee plus annual charges depending on their class.

Another significant chunk of SWIFT’s income is the fees users pay for each message based on its type and length. These charges also depend on the volume: the more messages are sent the cheaper they are for the bank; different charge grades exist for banks that generate different volumes of messages.

Finally, there are SWIFT’s additional services. For over 40 years of its existence the company has accumulated a lot of valuable financial data. It allows SWIFT to sell business intelligence, reference data and compliance services, generating more income.