A LOOK INSIDE THE BLACK BOX TESTING 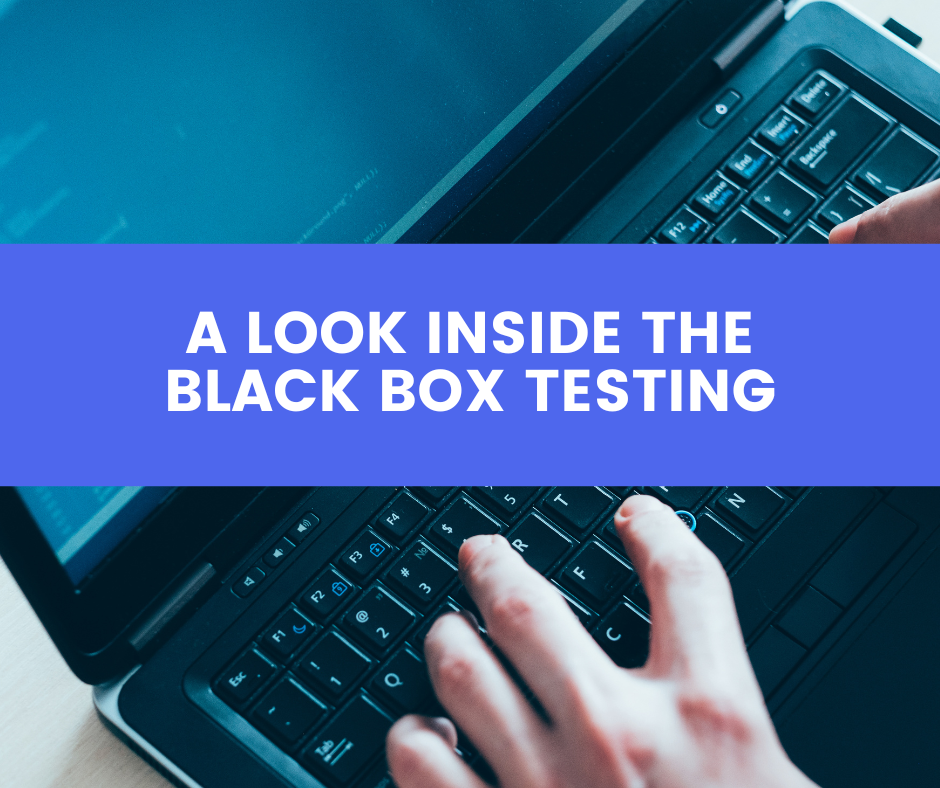 Modern software is quite sophisticated and requires multiple testing stages. There are a variety of security methods developed with a single goal – to test applications' quality and security levels. One of the commonly used by most companies is the black box testing. What is black box testing? What are its benefits and drawbacks? Are there white and grey testing? Let’s find out.

WHAT IS BLACK BOX TESTING

Generally speaking, it’s a variety of techniques and technologies that are designed to test the software without scanning the code. It’s so to say an examination from outside without knowledge of the internal architecture, design or project implementation.

Basically, you make an input and watch the output created by the tested system.

It’s an unbiased and objective way to find out system response time, learn how it reacts to both expected and unexpected user actions, detect its usability and reliability issues.

As an end-to-end performance it gives you a perfect look from the end-user side.

Like an end-user who doesn’t care about system code or structure, tester forms request and see if the system delivers on its expectations. As well as the system's main features a black box test can evaluate subsystems like database, web server or application server, or even UI/UX.

Balck box is a concept comprising a huge number of tests. But there are three of the most common types.

Functional testing is focused on particular aspects of application functionality like integration testing, sanity checks or system testing. It is done by providing certain kinds of input and examining if the output corresponds to the specifications and requirements of the software.

There is a range of black box testing kinds that are not meant for direct functionality evaluation. On the contrary, nonfunctional testing is applied to other aspects of software including but not limited to usability, performance, load, scalability or compatibility.

These kinds of testing are normally performed after various changes like vulnerability remediation, version updates, or other types of maintenance. The main goal of regression testing is to detect whether changes occurred affect the functional or non-functional aspects of the software code.

Given that the black box concept assumes only looking at input and output with no knowledge of programming language or relevant software expertise, white box testing requires full awareness of particular application architecture and code. That’s why it is normally performed by testers that are skilled in software development.

So called grey box testing is a conceptual compromise between white box with its full structural knowledge and black box based only on the user’s point of view.

To put it simply, grey box is a black box with a partial knowledge of internal workings. In most cases, it is used for end-to-end system testing, penetration testing, and integration testing.

Early testing is an essential element in software development life cycle, that couldn’t be complete without various types of black box testing.

As we strive to design the most innovative products of tomorrow's world, black box testing allows us to get as close to the user as we can be. Only then can we rest assured that customers will appreciate our software and come back for more.