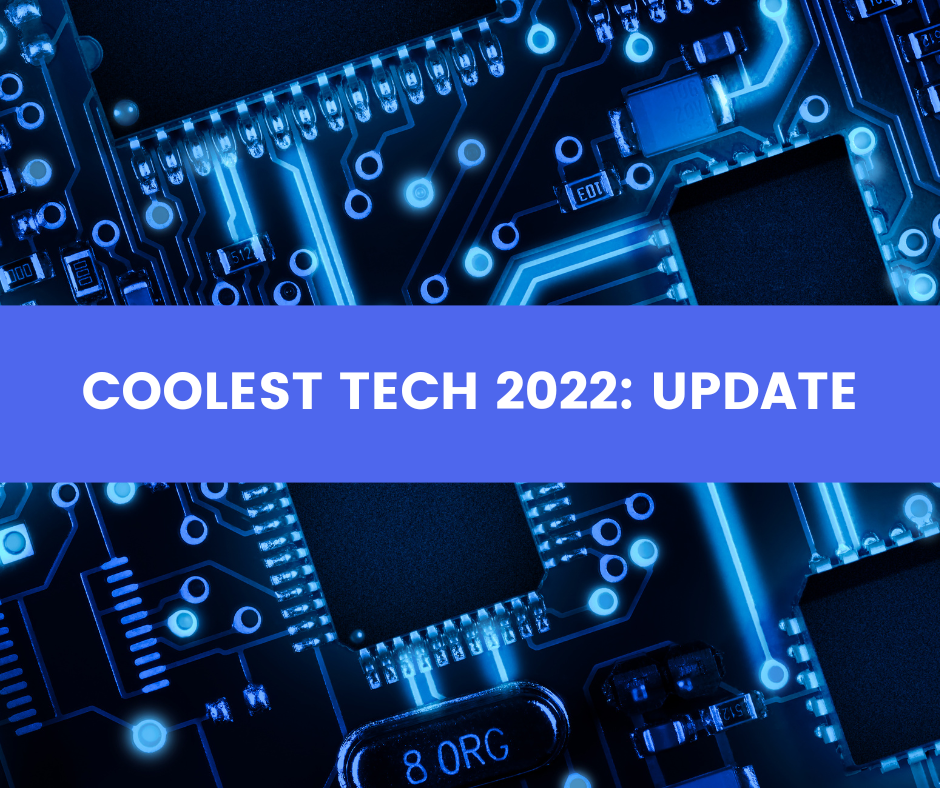 2022 is not over yet but new technologies continue to appear and surprise us. We have browsed the forecasts of tech analysts from all over the world and are ready to share the most interesting upcoming tech with you. Ready to dive into the world of the coolest tech? Let’s go!

A two-seat aircraft with hydrogen fuel cells, built at the Delft University of Technology in the Netherlands, soon will make its test flight.

DIRECT CAPTURE OF CO2 FROM THE ATMOSPHERE

In 2022, Canadian company Carbon Engineering will start construction on the world's largest direct air capture (DAC) facility in Texas. It will be able to capture up to 1 million tons of CO2 per year.

Switzerland's ClimeWorks opened a DAC facility in Iceland in 2021, and American company Global Thermostat has plans for two more plants.

The dust and ash thrown into the upper atmosphere by volcanoes have a cooling effect: the 1991 Pinatubo eruption in the Philippines cooled the Earth by 0.5 °C for several years.

Solar geoengineering, also known as solar radiation management, could theoretically do the same. In 2022, a group of scientists from Harvard expects to conduct an experiment called SCoPEx.

They will launch a balloon into the stratosphere that will drop 2 kg of unnamed material, and then measure the dissipation of solar energy.

Keeping buildings warm in winter takes about a quarter of global energy consumption. It usually depends on the combustion of coal, gas or oil. The most promising alternative is the use of heat pumps. An example of such a device is a refrigerator.

When heated, a heat pump works like a refrigerator, but in the opposite direction: taking heat from the colder ambient air and releasing it into the heated room.

San Francisco-based startup Gradient is working on a hybrid cooling and heating system. Their devices, that are installed on both sides of the windowsill, will go on sale in 2022.

In the UK, Jones Food Company will open the world's largest 13,750 m² vertical farm in 2022. US-based AeroFarms will also open its largest farm in Virginia, with other growers planning to expand this tech furthermore.

In 2022, the French Michelin will equip a cargo ship with an inflatable sail, in attempt to reduce fuel consumption by 20%. Japanese shipping firm MOL plans to install a telescopic rigged sail on their ship. Naos Design will equip eight ships with swivel and foldable rigid "wings".

VR training became popular during the pandemic, when fitness clubs were closed. It fits in with the launch of the inexpensive Oculus Quest 2 headset that appeared on the market about the same time. Its updated model will be released in 2022.

In 2022, several companies will conduct tests of electric aircraft with vertical takeoff and landing in order to certify this transport for commercial use.

California-based Joby Aviation wants to build more than ten five-seat air taxis with a range of up to about 240 km. Volocopter from Germany plans to launch an air taxi at the 2024 Olympics. Other developer startups include eHang, Lilium, and Vertical Aerospace.

Irish startup Manna, already delivering books, food and medicine in Galway County, plans to expand across the country and the UK. Wing, a subsidiary of Google, is testing drone delivery in the US and Finland.

Bulgarian startup Dronamics expects to use drones to transport cargo between 39 European airports.

NASA's x-59 QueSST (short for quiet supersonic technology) will make its first test flight in 2022. It will be performed at Edwards Air Force Base in California.

In case of successful testing, NASA expects regulators to lift the ban on supersonic flights over the earth.

Devices like Fitbit and Apple Watch, primarily used as fitness trackers, with the advent of telemedicine, will cross the line between consumer and medical use. Smartwatches already can track blood oxygen level, define arrhythmias, and perform ECGs.

Blood tracking for glucose and alcohol levels, blood pressure and temperature measurement are soon to come.

In April 2022, Elon Musk's Neuralink showcased a monkey playing a video game "with the power of thought", hoping to test its device on humans. Synchron has already received approval from US regulators to start similar tests.

Pager, a nine-year-old monkey, was implanted with Neuralink chips about six weeks before filming. Banana smoothies were served through the tube to motivate him.

Virtual bloggers and models are getting popular on social media. Lil Michela, a fictional 19-year-old US model, gained 3 million followers on Instagram. Another example is digital fashion blogger Astra Star, created by the Ukrainian studio FFFACE.ME.