WHERE IS AI USED TODAY? 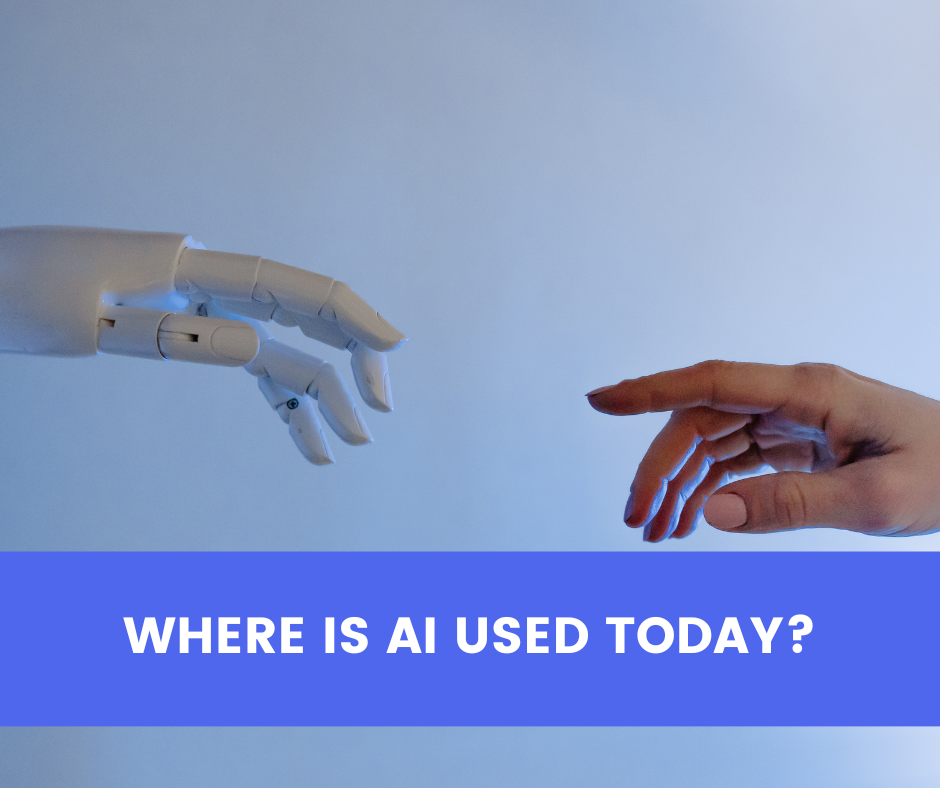 In mid-July 2022, for the first time ever, AI became the author of the indictment text, which will be presented to the criminal court. Robo prosecutor was created and tested by the Shanghai Pudong District People's Procuratorate, the busiest prosecutor's office in China. According to the South China Morning Post, based on a verbal description of the crime, the machine can formulate charges with an accuracy of over 97%.

Are there more intriguing and promising cases of AI actual implementation? You bet! Let’s dive into them. But first – a bit of history.

Until 1949, computers could execute commands, but they couldn't remember what they were doing and were unable to store the backlog. Between 1957 and 1974, computers became faster, cheaper, and more affordable but their computing capabilities were still not there yet.

But in the 1980s, when the set of algorithmic tools expanded (and additional research funds were allocated) John Hopfield and David Rumelhart first introduced the "deep learning" method allowing computers to learn from their experience. Despite a lack of government and public interest, AI technologies flourished, and many important goals were achieved in the next two decades.

In 1997, world chess champion and grandmaster Garry Kasparov was defeated by IBM's Deep Blue computer program. In 2016, Google's AlphaGo software won a match against professional Go player Lee Sedol, and in 2017, the Libratus supercomputer defeated the top human players during a poker tournament.

As of today, researchers use the following classification of AI types:

WHAT ARE THE MOST PROMISING USES OF AI TODAY?

Yes, AI helps with developing software. And it is one of the most promising technologies of the future. But don’t worry. The point is not that developers should be replaced by robots. Rather, AI-powered tools can work as assistants to project managers, business analysts, programmers, and test engineers.

On May 18, 2022, Turkey launched an artificial intelligence program called Asena to fight against drug traffickers. It uses pattern recognition technology to detect criminals in public places.

In May 2018, Dutch police reported the use of artificial intelligence to investigate complex crimes. Law enforcement has begun digitizing more than 1,500 reports and 30 million pages related to “cold” cases, starting from 1988. Cases where the crime was not solved for at least three years, and the offender was sentenced to more than 12 years in prison are of particular interest.

Once all content is digitized, it will be fed to a machine learning system that will decide which cases use the most credible evidence. This should reduce the time to process cases and solve past and future crimes from weeks to days.

In mid-December 2020, Japanese government reportedly allocated $17 million on the development of artificial intelligence technologies in an attempt to help its citizens create strong married couples.

It is suggested that AI will ignore the personal preferences of young people in terms of appearance, level of wealth and the age of a potential partner. Instead, algorithm will match people with physiological and emotional compatibility, focusing on the maximum fertility of the future family as well as the ability to raise children.

We are now witnessing the dawn of AI with so many fascinating breakthroughs ahead.  However, AI is capable of all these accomplishments only when a model is well-trained through a big amount of machine learning data. It is now vital for creating suitable algorithms and making AI fully functional in relevant spheres.

As AI is getting more and more integrated across multiple industries, a new challenge arises – faster and more efficient data management technology allowing AI to penetrate new fields seamlessly and in real–time.