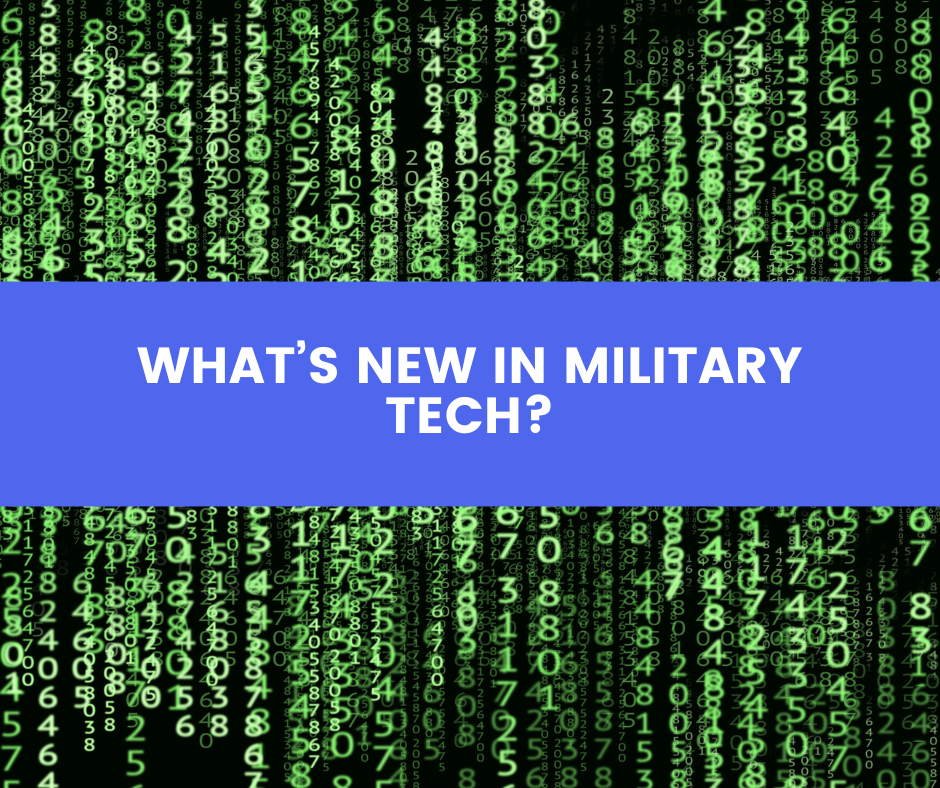 Aside from our personal feelings about the war, it’s a fact and a terrible reality of life. And today's wars are a lot of battles of technologies. It's also a sphere where technological development advances beyond every other industry.

Let’s look at the most promising military tech of 2022 that is currently deployed or in a stage of development.

As the Ukrainian army is currently successfully repelling Russian offensive, the United States announced the next package of military assistance to Ukraine, including an interesting novelty – the Phoenix Ghost loitering ammunition.

Phoenix Ghost is basically an unmanned combat aircraft or drone. But with some interesting characteristics like extended flight time and increased weigh load. It is also equipped with advanced optical means to search for ground targets and aim at them with high precision. The device is controlled by the operator via radio channel with some automated functions.

Alongside Switchblade 300/600 the new Phoenix Ghost is one of the most practical and flexible means for searching and destroying ground targets. Loitering ammunition has already demonstrated its high potential and poses a certain danger to the enemy.

The exoskeleton is an attribute of many respected computer games and science fiction movies. Meanwhile, in real life exoskeletons are still rare, but only for now: many companies are dedicated to making wearable robotic suits a reality. For example, Ekso Bionics is working with Lockheed Martin on the HULC military exoskeleton, which allows the user to carry up to 90 kilograms of payload.

Another successful project is developed by the US Army. In 2013, they launched TALOS: Tactical Assault Light Operator Suit. It is expected to be a real superhero uniform, making American soldiers immune to bullets and fatigue. If they were, say, storming a terrorist hideout, the first person to kick the door wouldn't be the first to die in action. It’s a combination of an exoskeleton with thin and durable armor and a tactical helmet, which receives information about the state of the soldier himself and the situation around him.

Specialists of the American pharmaceutical company Collaborations Pharmaceuticals put a neural network created to search for drugs into “villain mode” to show how easy it is to recalibrate this technology into warfare. They were amazed at how fast the neural network invented 40,000 potentially lethal molecules.

For AI to start creating chemical weapons, Collaborations Pharmaceuticals engineers only had to slightly change the methodology. Instead of avoiding toxic compounds the algorithms would look for them. AI has discovered tens of thousands of new substances. Some of them were similar in effect to VI gas, the most toxic chemical warfare ever produced. This is just one example of huge AI potential in the future of warfare.

For the danger of potential nuclear strike, the US has specially created nuclear-filled missiles, the so-called A Nuclear Bunker Buster. This is a nuclear bunker destroyer, also known as an earth-penetrating weapon (EPW).

The first charge creates a funnel in the ground up to 100 meters deep. Then follows the second rocket, which deepens the funnel for many tens of meters, then the third – and so on. Until they get to the bunker, down to a depth of 2 km. However, you don't have to get to the bunker. Explosions cause the strongest underground seismic waves, something like an underground earthquake, that will crush the bunker like a cake.

In January 2022, the Defense Advanced Research Projects Agency (DARPA) of the US Department of Defense announced that it had selected ten teams from companies and research organizations to participate in the ENVision program.

Today, the US military uses bulky and heavy night vision systems. For example, ENVG-B binoculars, weighing more than a kilogram. They limit mobility, and if worn for a long time, can cause chronic pains. That is why DARPA launched the ENVision (Enhanced Night Vision in Eyeglass Form) program. The main task is to create lightweight night vision goggles with a wider viewing angle that would allow observation in different infrared spectra. The US military wants these glasses to help them see not only in the dark, but also in fog, dust or smoke, while also providing thermal imaging. At the same time, in their size and weight, ENVision should be closer to ordinary glasses.

There is much more going on in contemporary military tech than we can cover in just one article. From jetpacks and robotic tanks to hypersonic missiles and quantum computers.  Military tech keeps evolving and without a doubt it's one of the most fast-moving industries, where a product can go from a test stage to deployment in months if not weeks.

We can only hope that one day all these fascinating (and deadly) inventions will be converted into non-violent technology, helping us move towards a peaceful future.