THE STORY OF VPN 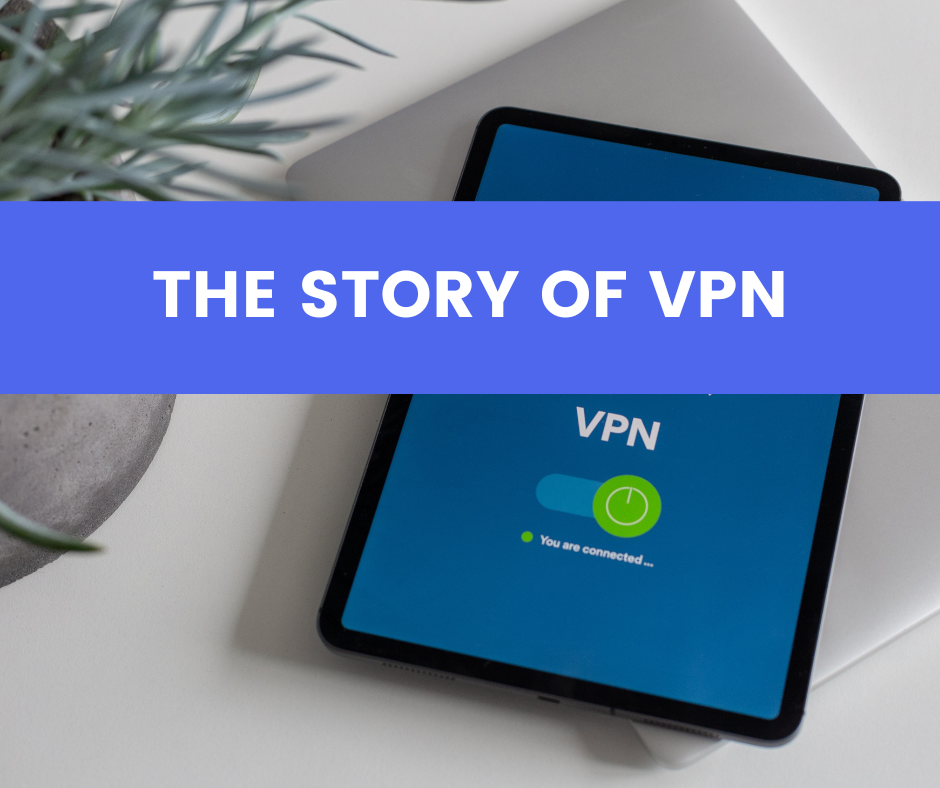 This very second, millions of people around the world are using VPN in order to sneak through geo-blocks, protect their data, or fight the “big brother” -- mass surveillance of their governments. But not many of us know the VPN’s story. When and how it was created, what are its purposes and future prospects? If that sounds interesting to you, let's dive in.

WHAT IS A VPN?

VPN (or Virtual Private Networks) is a network enabling you to send web traffic from your computer to a server owned by the VPN company using a secured encrypted channel.

The moment you turn on a VPN, it enables an encrypted channel between your computer (or smartphone) and a remote server that can be anywhere on Earth. All your internet traffic comes to this server, controlled by your VPN company, and comes out to public internet as usual.

In case you download something, data makes the same trip but vice versa: from the open web to VPN server and through the encrypted channel back to your device.

VPN EXPLAINED IN A METAPHORE

Imagine yourself driving on the big city highway. If someone is down to chase you it won't be a problem. They will know your destination, how long do you stay there, and when you come back. They are even capable of looking inside your car, without you even knowing it! As you probably have guessed, the highway is an open web and the car – is your internet traffic.

Now imagine you drive out of your garage to the underground tunnel, arrive at a private parking lot, switch to another car, and drive out. If anyone was following you, they would have lost you completely. That’s VPN.

Normally, when we talk about VPNs, we mean a commercial service that is sold to consumers as a monthly or yearly subscription.

But the concept of VPNs is much older. Big companies have implemented VPN technology to grant employees encrypted access to their networks a long time ago. (Long before COVID era, when it became “new normal”).

Another interesting fact, that you don’t need any company or provider to set up your own VPN. What you need is a server (you can always rent one) and free software that helps to create and run your own VPN (take a look at Outline VPN). Not everyone's cup of tea. But for a handyman dreaming of an independent self-hosted VPN – might be an option.

WHAT IS THE PURPOSE OF VPN

From the dawn of the internet there were hackers, malware and some random eyes spying on your surfing. So, the major purpose of creating a VPN was the need for a private and secure internet connection.

Nevertheless, originally developed for corporations and government institutions, who didn’t want to lose their sensitive information on the way to remote offices or field agents, VPN went far beyond that. Now it serves individual users around the globe to overcome censorship, and fight the never-ending hacker's threat of breaking into whatever devices and internet sessions they can.

Geo-restriction, blocked social media, cutdown streaming services (like Netflix or Disney) are among popular reasons to switch on the VPN.

There are countries where web-surfing is literally not safe: tracking user activity, monitoring emails or radical denial of Internet access at all make VPN vital (though not always legal) for web users.

VPN is a derivative of the Internet, so to find its roots we should look at the dawn of technology. There were computer networks before but it was a US Department of Defense assignment that led to the Internet as we know it now.

1982 – Internet Protocol Suite is set as a standard of military communication.

1985 – many large corporations (like IBM and AT&T) adopted the new standard from the army. By that time, they had their own internal networks, but refused them in favor of a more universal and viable one.

2005 – VPN is not an exclusive corporate tool anymore. Private VPN services (like CactusVPN) started to provide this technology to average online users.

THE FUTURE OF VPN

Only in the USA (according to Security.org study) 68 percent of Internet users are using free or paid VPN, equating to 142 million people.

Experts say that VPN is not going anywhere and will continue its spread for years to come. Some even predict that every user on a planet will be utilizing some form of VPN.

Even more interesting is that less developed countries are now top markets and will continue to grow their demand for VPNs. It is safe to assume that this demand will keep growing as more and more people discover how helpful VPN is in the face of government censorship, hacker attacks and other online threats so actual in today's world.