FLEXBOX VS GRID: WHO IS WINNING? 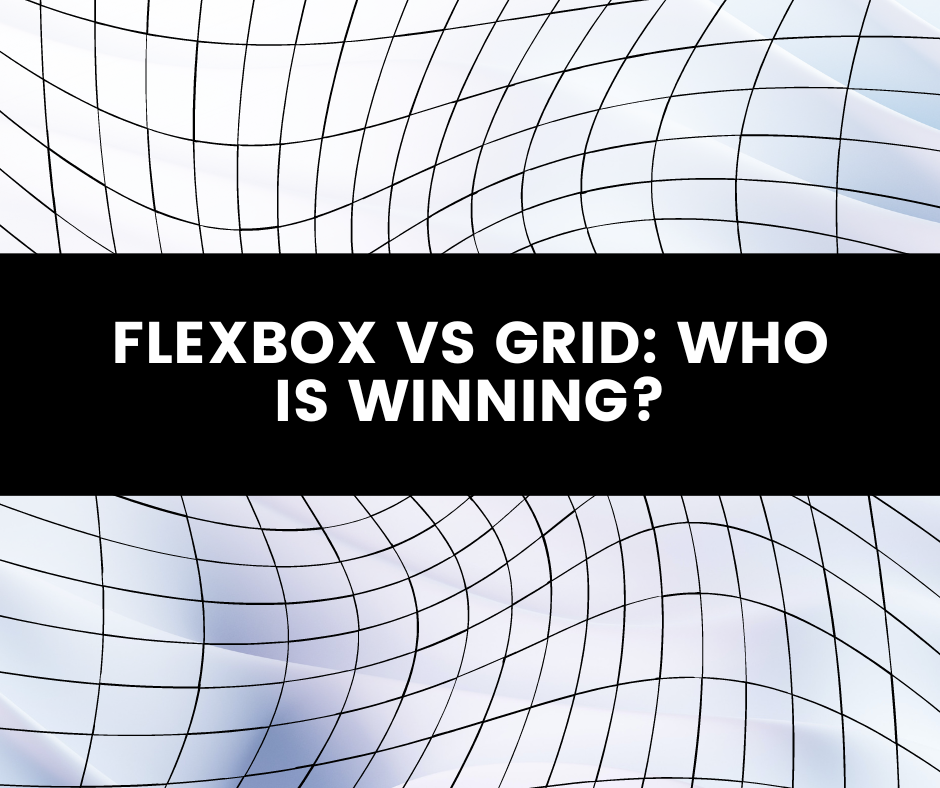 A well-designed layout can help users complete their conversions on your website, as it makes important elements more accessible and easier to find. Weak layouts increase the bounce rate, scaring off visitors who often leave your page without finding what they came for. Programming languages make websites come alive, but every page is still based on good old HTML. In order to create a good layout designers should consider a lot of factors: responsiveness, viewing ports, display devices, browsers, user screen sizes and so on.

Also, a good layout (besides looking great) can maintain the intended structure by fitting into screens with any possible aspect ratio. This is when CSS (Cascading Style Sheets) comes into play. In this article, we will take a closer look at two of its most powerful tools: Flexbox and Grid. But before let’s find out what CSS is and why HTML is not enough.

CSS (Cascading Style Sheets) is a language that is responsible for describing the appearance of an HTML document. Most modern websites are based on a combination of HTML + CSS.

Now let's understand what CSS does. It's simple: if HTML structures the content on the page, the CSS allows you to format it, making it more attractive to the end user.

WHAT ARE THE KEY ELEMENTS OF A WEB LAYOUT?

In web design, layout determines how a site appears on the screen. There are quite a few elements in HTML 5 that define the look and feel of a web page:

Each of them has their own special meaning in creating a layout. Together, they form the four main sections of the page: header/banner, search box, content, and footer.

WHAT IS CSS FLEXBOX LAYOUT?

Flexbox is a common abbreviation for Flexible Box Module, which is a one-dimensional layout model. It means that it can work either with a row or a column, but not with both simultaneously. Flexbox efficiently handles the alignment, distribution, and direction of page elements.

WHAT IS CSS GRID LAYOUT?

CSS grid is a powerful two-dimensional layout, allowing you to work with rows and columns at the same time. CSS Grid is based on an implicit division of the screen into a 12-section grid, eventually fitting in all the elements.

The main advantage of this tech over Flexbox and other types of layout model is its two-dimensional capacity. It also simplifies positioning, so container elements can be placed overlapping each other.

Grids and flexes can solve the same tasks. For example, both can be used for making a sticky footer (when the footer of the site sticks to the bottom of the screen), creating a random number of product cards, or an entire page wireframe.

One of the Grid's advantages was the function of gap between lines but now it's common for both models. Gap can now be set in Flex, which further adds to the confusion about choosing a proper CSS layout.

Flexes are one-dimensional. It means that you cannot control element location in the rows. Grids are two-dimensional. Therefore, you can move elements between rows.

For example, if a layout designer wants to place the logo, navigation and phone number in the header, it will be easier to use Flex. Grids can also solve this problem, but Flexes will do it much faster.

But if we take the entire site with a header, a content part and a footer, we will have to deal with the two-dimensional interface. And, although a site can be created with Flex as well, Grids will do the job in a more efficient and reliable way.

Therefore, Grids are mainly used to build the grid of the entire interface. Flexes are more for arranging elements inside the grid. Grids are for the structure; Flexes are for the content. Follow this order and you’ll notice an increase in efficiency.

At its core, Grid is container-based layout, while Flexbox is content-based. Both are powerful in their own way, although CSS Grid includes more features and makes it easier to manipulate the rows and columns of the grid.

Before deciding which one to use, you should analyze the complexity, structure, and content of the site you are building.

Also, you should consider combo: using CSS Grid for the overall site layout and then Flexbox for the container elements.