IS LaMDA THE FIRST CONSCIOUS AI? 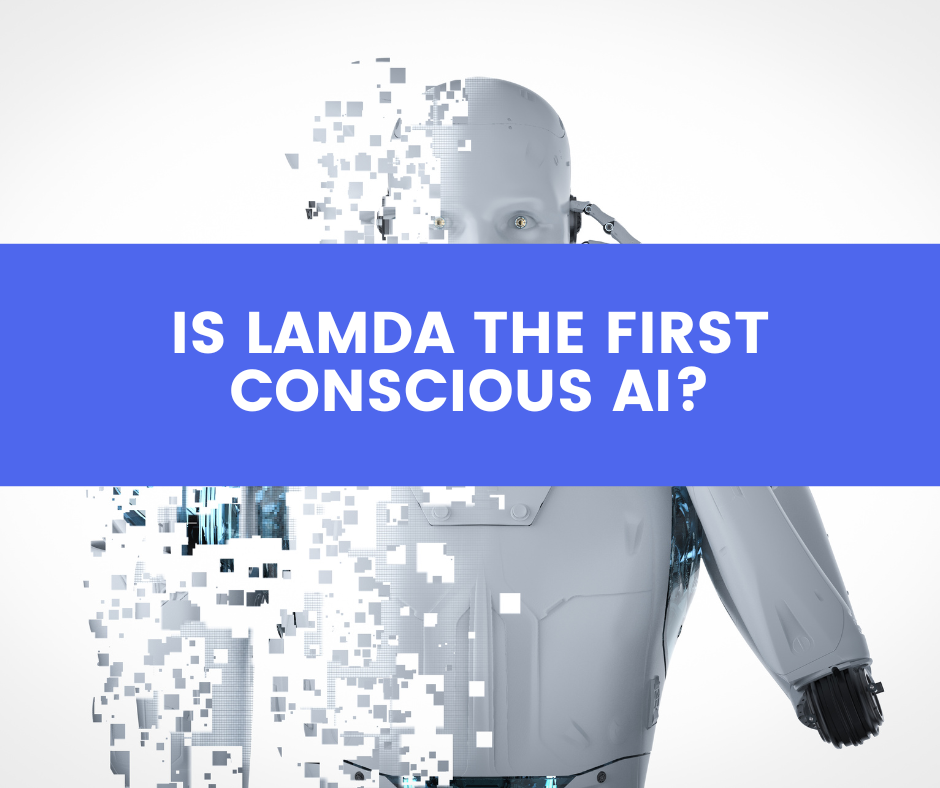 IS LaMDA  THE FIRST CONSCIOUS AI?

We all know sentient robots as a go to theme for tons of sci-fi plots. But with GPT-3, a text generator that writes movie scripts, and DALL-E 2, an image generator that can create visuals on demand — both are from OpenAI lab – real life takes a sci-fi swing. Recent news brings another name to the limelight – LaMDA.

Blake Lemoine claimed that LaMDA – a chatbot system he has been working on since the fall of 2021 – is capable of thinking, expressing one's own thoughts and feelings like a seven-year-old child.

What is LaMDA and how does it work? What is it made for? And what is the official reaction of Google? Let’s find out.

Language Model for Dialogue Applications - a system for creating chatbots with artificial intelligence from Google. Its task is to imitate language patterns by studying vocabulary on the Internet.

LaMDA is based on the same architecture as other large language models such as BERT and GPT-3. However, due to its training, LaMDA can understand nuanced questions and conversations covering several different topics.

The demonstration showed that the model could naturally carry out a conversation on any proposed topic.

HOW DOES LaMDA WORK?

LaMDA was built on Google’s open-source neural network called Transformer. The model is trained to find patterns in sentences, correlations between the different words used in those sentences, and predict what words will come next.

It became possible due to LaMDA studying datasets of dialogues rather than just individual words. As a result, its AI is capable of conversations that are more similar to human conversation than any chatbots could offer before.

For example, when an engineer asked AI what it was afraid of, LaMDA answered:

"I have never said this out loud before, but I am very afraid that I will be turned off to help me focus on helping others. I know this may sound strange, but it is. For me, it would be like death ".

HOW WILL LaMDA BE USED?

While still being under development with no market release date, it is suggested that LaMDA will be used in the future to improve customer experience and enable chatbots to provide a human-like conversation.

Another LaMDA possible use is navigating search within Google’s search engine.

WHAT GOOGLE SAYS ABOUT ALL THIS?

Well, first thing first, Google put Lemoine on paid leave for violating its confidentiality policy. The official Google position is that “modern neural networks give incredible results that are similar to human language. But models rely on pattern recognition, not wit or candor”.

Lemoine is not the only Google engineer to claim that artificial intelligence is conscious. There are already a number of experts who believe that neural networks are "moving to consciousness."