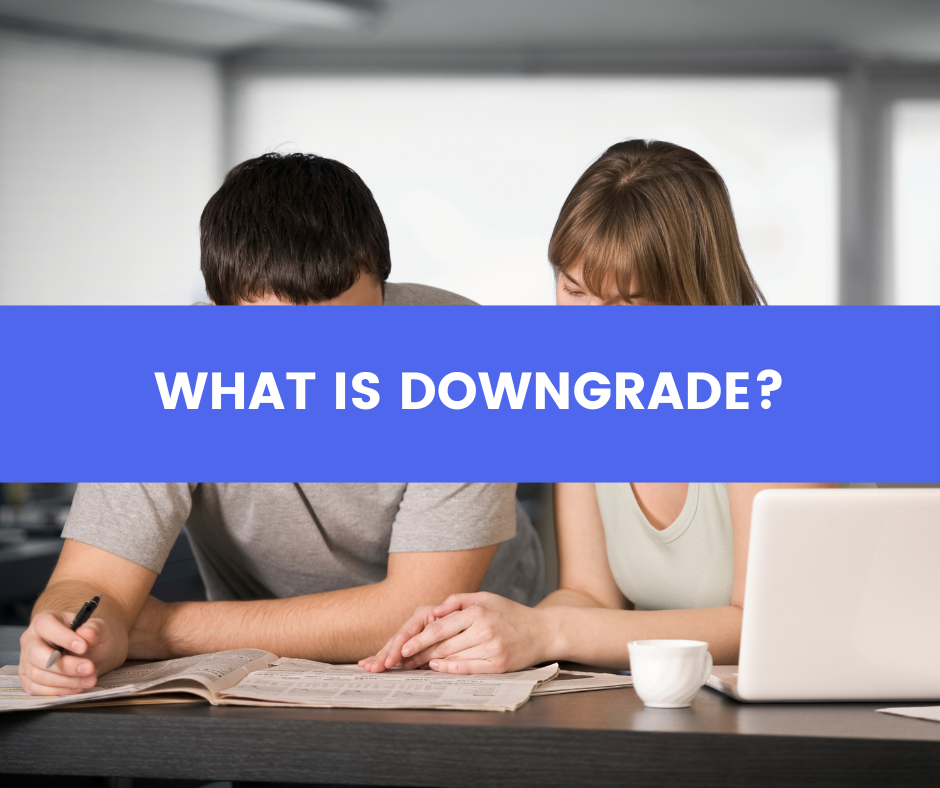 Imagine, your computer has two hard drives, but one failed and had to be removed. That’s a downgrade. Sounds like a nightmare, right?

But downgrade does not always have to be something negative. You might have met this term in technical literature, or on IT forums, mentioned as a standard procedure. Sometimes it can even save the day.

Let’s find out what it is and why it is needed, so you will no longer experience discomfort and misunderstanding when you see it again. But first let’s “upgrade" our basic knowledge.

WHAT IS AN UPGRADE?

An upgrade is an update or replacement of hardware or software with a more functional or more modern one. (Which is not always the same).

WHY DO YOU NEED AN UPGRADE?

Each of us has come across a situation when the purchased device, after several years of trouble-free operation, despite being fully operational, doesn’t fulfil our needs anymore. Sometimes it coincides with the fact that more functional or more convenient analogues appear on the market. Some brands even have built their marketing strategy on that.

In the computer industry, we can often witness the artificial obsolescence of hardware. It happens thanks to software developers. Trying to keep their product on the cutting edge of modern technologies and functionality, they constantly implement updates. Often this process means running new, updated software on hardware that is much older than the one that was used to develop it.

And software developers often use the most modern equipment in their work. Being quite natural and stimulated by technological advance, this process causes a lot of inconvenience to many people, out of nowhere forcing them to update their software and hardware or look for another way out of this situation.

But despite being a necessary condition for a fully-fledged life and work in the modern world, upgrade is not the only option. You can also... downgrade.

Programs or games are often downgraded to restore useful features, removed in a new version; to get rid of bugs or to increase speed and comfort of use.

Gmax, a downgraded version of 3ds max, is a good example of a downgrade.  Professional computer graphics artists commonly choose the older version as it is free to download and simpler to use.

It is believed that the term "downgrade" became especially popular in the era of Windows Vista, when many users wanted to rollback to, or downgrade to (some even called it an "upgrade") Windows XP. Main reasons for that were performance and familiarity issues of Vista.

Another reason for operational system downgrade could be previously installed programs that are important for the user but do not support the new OS. This is when users normally want to revert to an older version.

A downgrade is the reverse process of an upgrade. It refers to the reduction from a higher version of a product to an earlier, slower or lower quality version. Therefore, during the downgrade, older hardware or earlier versions of programs are deliberately installed. The downgrade process often involves changing software from modern to older ones (for example, from Windows 11 to Windows 7) or replacing hardware with older components.

WHY DO YOU NEED A DOWNGRADE?

1) A rollback to the original state

A downgrade is often required in cases where the hardware or software component of the new system is not able to successfully work with the existing infrastructure of the user or organization. Most often there are situations when there is some equipment (scanners, printers, machines) that is not supported by modern software. In this case, you must perform its downgrade.

There are also cases of incompatibility of some modern equipment with outdated special software, such as machine control programs or scientific software. In this case, you need a hardware downgrade.

There are situations when updating conflicting software is unprofitable, either because the cost of the modern version is too high, or because of the lack of modern analogues of the software used.

In case of hardware conflicts, it can be ineffective to purchase modern equipment as the current hardware is fully operational and the cost of the new one is high. There are also cases when the hardware used has no modern analogues.

A downgrade, like an upgrade, requires a responsible approach, because, as in the case of an upgrade, the user's comfort and work results totally depend on both processes equally.

A downgrade can be carried out independently or performed by professionals. When carrying out a downgrade, you should follow the recommended routine as strictly as when upgrading, no matter if you do it independently or contact a specialized organization.